Police at Jammu and Kashmir are playing a duel role. They are now on the role of care workers as the police stations are flooded with calls from people in distress. People are struggling to observe Ramadan fast amidst the Corona restrictions and police are the most reliable source.

Food, medicines, oil, milk, flour. Police vehicles are crisscrossing the valley with essentials. They are stuffed groceries as people are seeking help to procure essential stuff to observe Ramadan fast.

The Corona epidemic has changed the Valley. Due to the lockdown, people are facing several hurdles to maintain their routine by keeping a safe distance and staying at home. Srinagar Police have become the lifeline for hundreds.

Srinagar police distributed food items among the needy at their doorsteps in the area of interior Dal under the supervision of SDPO Zakura. They also facilitated the distribution of ration, ensuring proper social distancing, in the jurisdiction of Police Station Karan Nagar. They also provided the same facilities at Kaka Saraie/Gole Market area, Shaheed Gunj and Shergarhi.

Police are in collaboration with local NGO Murawat to distribute of food items in the jurisdiction of Karan Nagar.

Police teams headed by SHO PS Nowhatta and SHO PS Kothibagh distributed ration kits among the needy non-local labourers and local families. SHO PS Shergarhi at Srinagar took lead to help a family in distress after they contacted the police for help.

A pregnant lady was shifted to L.D Hospital by Srinagar Police after a distress call attended by PS Nishat and SHO Nishat. In another incident, a police party from PS Rainawari headed by SHO Rainawari helped another pregnant lady to shift to LD Hospital.

Several other Samaritan incidents were reported from Haft Chinar, Saidkadal and other areas. Several dialysis patients also got special care by police to reach the hospital and return to home.

Police at Baramulla were also active in delivering their social responsibilities. Most of the callers were seeking medical assistance or help to reach hospital. The police also helped several patients who were struggling to procure their regular medicines. The police supplied medicines at their doorstep on time.

Finally, the police are getting their due respect in the Valley. The families have expressed their gratitude for the kind gesture by the Baramulla Police to help the citizens at this critical juncture and save precious lives. 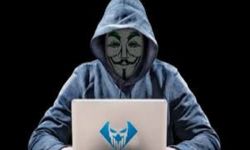 Anti-India campaign prowling in the cyberspace

A Pakistani father’s ordeal: China seized his Uighur son and sent his daughters to an orphanage

a concern of Eibela Ltd.